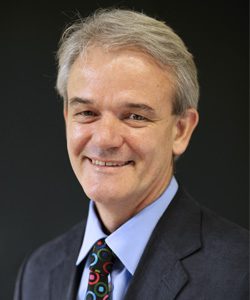 Prof. PJ Wormald is Chairman of the Dept. Otolaryngology Head & Neck Surgery at Adelaide University in Australia. He is the Professor of Skull Base Surgery in the Neurosurgical Department. He is currently recognized as a leader in Sinonasal Disorders, FESS, and Anterior Skull-Base Surgery. His medical practice and research interest are devoted to rhinology and skull base surgery. He has developed an animal model for eosinophilic sinusitis and of major vascular trauma, to study various aspects of these disorders. Other research includes the role of the immune system and biofilms as etiologies of chronic rhinosinusitis. He is also involved in development of new clinical treatments and surgery for sino-nasal disorders. Prof. Wormald is frequently an invited guest speaker to medical conferences on sino-Nasal Disorders and Endoscopic skull-Base Surgery. He is recognised as a lecturer and teacher. He has authored nine books, 44 chapters, and over 350 peer-reviewed articles. In 2005, he authored a best-selling textbook on FESS -Endoscopic Sinus Surgery – Anatomy, 3-D Reconstruction, and surgical Technique (translated to multiple languages), and has now completed a second and third edition. He has particular teaching interests in the Anatomy of the Sinuses, Frontal Sinus Surgery, and Anterior Skull-Base Surgery.